You are here:
View All 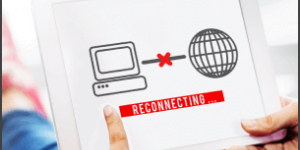 he new SBC for v18 has been released. Get it now for increased reliability with the new reconnect feature, as well as the ability to bulk update SBCs via the Instance Manager.

When the internet connection goes down, the call is no longer dropped. The 3CX Tunnel keeps media ports intact, allowing continued media transmission in case the SBC disconnects. The SBC will automatically reconnect ongoing calls without having to re-invite.

Admins and partners can now remotely update all SBCs via the Instance Manager. The update process is triggered via Tunnel, saving precious admin time.

Advantages of using the 3CX SBC

The 3CX SBC is recommended for all cloud installations as it allows easy deployment and management of IP Phones to a 3CX instance in the cloud. Whether hosted in your private cloud or hosted by 3CX. The 3CX SBC combines all SIP (signaling) and RTP (media) VoIP Packets from one location and delivers them to the cloud PBX, thereby overcoming common firewall and networking issues that affect reliability. Read how to configure and install the 3CX SBC.

Easily deployed on a Raspberry Pi

The easiest is to install the SBC on an inexpensive PBX appliance such as a Raspberry Pi. 3CX has hooked up with suppliers Canakit and Primoroni to distribute Raspberry Pis globally. These come pre-installed with 3CX. Read our guide on how to install 3CX on a Raspberry Pi.

How to update your SBC

Installations on v18 will receive an update notification on “SIP Trunks”. You can trigger the process by selecting the SBCs and clicking on the “Update” button.